If you're a performing artist, not much beats the buzz and euphoria of playing live. However, there are a few key things to bear in mind before you take to the stage, though.

We spoke to musicians who've played at some of the UK's biggest music festivals to get their top tips to help with your application and get you on the festival stage. 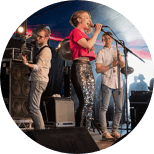 "Get everything out in the open"

"Our debut EP, which got us a foot in the door at the BBC, was funded entirely by a Kickstarter campaign.

From the BBC listening to our EP, we got put forward for Glastonbury which, without the Kickstarter campaign, wouldn't have been possible."

"The system is more egalitarian than you might think and we're a great case study for other bands trying to make a name for themselves. As long as you have the raw talent and the work ethic, you can get somewhere.

"It's always important to be prepared – make sure you know the venue and have a good relationship with the organiser or promoter. Be honest, get everything out in the open when you're booking gigs and don't commit to anything that could come back to sting you." 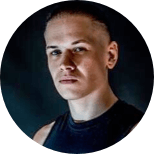 "Over the years, we've performed at such festivals as Download, Steelhouse, TRNSMT and Planet Rockstock, among many others.

"We've also played our own sold-out headline shows at The Cathouse, The Garage and King Tuts."

"Most festival setlists are pretty short – usually between half an hour and 45 minutes if you're a lesser-known band – so you'll most likely play your most well-known songs.

However, it varies from festival to festival – when we played Steelhouse, we were on for an hour. It really depends on the terms and conditions that you agree with your booker.

Playing at a festival is always a nerve-wracking experience – and should be. You don't want to go in overconfident, because this can backfire, especially when you're playing smaller shows.

Ironically, the smaller festivals are more nerve-wracking than the bigger ones. You can see people's faces in the smaller venues and if you see someone yawning you start thinking "What have I done wrong?!" We've learnt not to overthink stuff like that and just keep doing what we're doing." 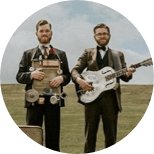 Martyn Roper, one half of the blues and jazz duo The Washboard Resonators

"The term 'festival' covers a mixed bag of events we play at. From huge well organised productions with thousands of people to a jazz festival with a small but dedicated audience.

"We've performed at The Great British R&B Festival and Upton Jazz Festival, while also completing tours of the whole of the UK every spring and winter."

"In the early days we'd get one booking for every 100 emails we'd send out. You've got to keep plugging away and make sure you have something unique and well presented in terms of background information and your story.

Choose the right festivals to try, as I know many artists that waste time looking for the wrong gigs.

We have a good following, so when we play a festival it's usually to a new audience. Knowing that makes you try to win people over and it makes for a really fun and dynamic performance."